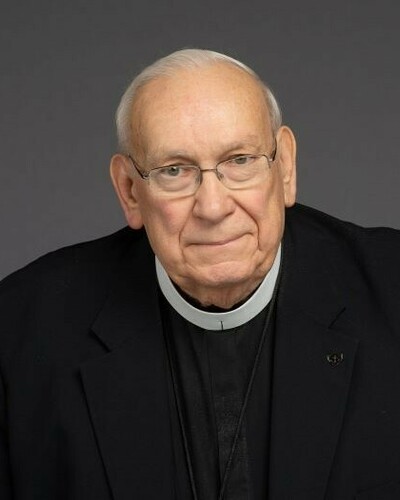 Br. Donald Stabrowski has devoted 50 years of his professional life to Holy Cross educational institutions. For 24 of those years, he served as a professor and administrator at the University of Portland. From 2012-2018, he served as the Third Assistant Provincial and as Secretary for the United States Province of Priests and Brothers. Since 2019 he has continued teaching at Holy Cross College at Notre Dame, serves as the Procurator of the Old College Seminary Program at Notre Dame, and as the Chaplain to the Holy Cross Association at Notre Dame.

Br. Stabrowski has taught in Holy Cross high schools in Indianapolis, Akron, Ohio, and Chicago. He served as principal at Holy Trinity High School in Chicago from 1970-1974. For 14 years, he taught at Holy Cross College, and in 1988, he began teaching at the University of Portland. At Portland, he served as Professor of History and Political Science, as Dean of the College of Arts and Sciences for 5 years, and as Academic Vice President and Provost for 17 years. Since returning to the Notre Dame area, he is teaching a political science course at Holy Cross College, Notre Dame.

He is the author of a book on the Polish community in South Bend, Indiana (Holy Cross in South Bend Polonia), and he has published several articles regarding the Congregation of Holy Cross in parishes and schools. As a political scientist, he published an annual paper for more than twenty years on state and local budgeting in Oregon as a contributing member of the Western Political Science Association. In his spare time, he enjoys cooking and gardening.