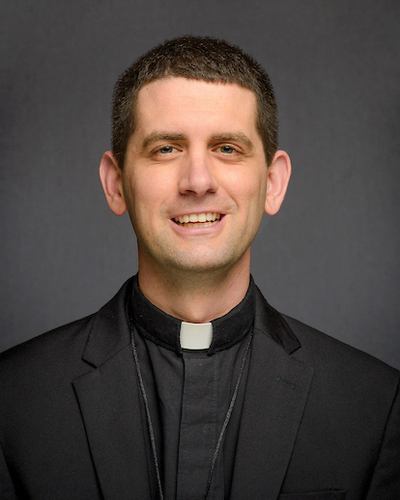 Rev. Christopher Rehagen, C.S.C., currently serves as the Director of Residential Life:  Recruitment, Hiring and Retention. Before serving in this role, he spent five years serving as the rector of O’Neill Family Hall. He is the oldest of four boys and is originally from Jefferson City, MO. He attended the University of Notre Dame, graduating in 2009 with a double major in Finance and Economics and a Theology minor. Following graduation, he entered formation with the Congregation of Holy Cross. While in formation, he earned an M. Div. from Notre Dame and served in a variety of ministries, including hospital chaplaincy, campus ministry, parish work, and direct service to the poor. He professed his Final Vows in September 2014 and was ordained a priest in April 2015. Prior to serving at Notre Dame, he served as the Parochial Vicar at Christ the King Parish in South Bend, Indiana.