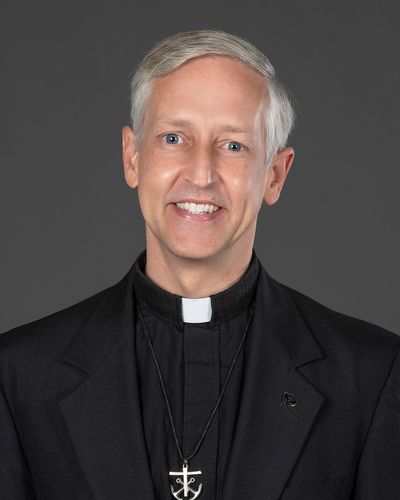 Rev. Eric J. Schimmel, C.S.C., is the Rector of Dunne Hall. He first encountered the Congregation of Holy Cross while studying at the University of Notre Dame where he earned a B.S. with a double major in Chemistry and Theology. Immediately following graduation, he entered Moreau Seminary and eventually lived and worked in East Africa before finishing his MDiv at Notre Dame in 2001. Since his ordination in 2002, Fr. Eric served in parishes in Colorado Springs, CO; South Bend, IN; Phoenix, AZ; and Easton, MA. He spent several years as the Director of Andre House, a ministry serving the poor and homeless in downtown Phoenix, then at King’s College in Wilkes Barre, Pennsylvania, working both in the Hispanic Outreach office and Campus Ministry.