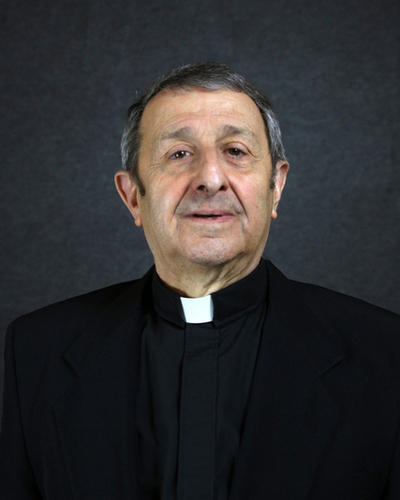 Fr. Francis T. Cafarelli, C.S.C., is currently living in the Corby Hall community. He is a native of Schenectady, NY and a graduate of Union College in that city.

He has spent most of his years of ministry at educational institutions, first in the Eastern Province at high schools in Bridgeport, CT and Rochester, NY and also at Stonehill and King’s colleges in the east.

At Notre Dame now for the second time he has spent several recent years connected to the Postulant Program at Moreau Seminary. During the 1970’s and 1980’s he served on the staff of the First Year of Studies; as Director of Student Accounts; and as an Assistant Vice President of Student Affairs.

He professed in Holy Cross in 1960 at the Novitiate of the Eastern Province in Bennington, VT and was ordained in 1965.