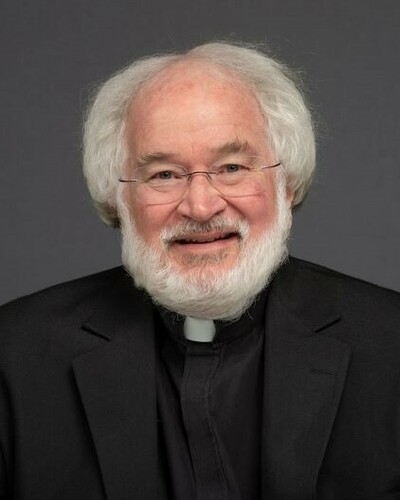 Rev. James E. McDonald, C.S.C. is the Senior Advisor to the Alliance of Catholic Education.

Before assuming his present position, Fr. McDonald served twice as rector (or headmaster) of St George’s College in Santiago, Chile: from 2000-2005 and 2015-2020. St. George’s, a coeducational school for 2,600 children between kindergarten and the senior year of high school, has been sponsored by the Congregation of Holy Cross since 1943.

Previous assignments include two terms as Provincial Steward (treasurer) and assistant Provincial of the Indiana Province of Holy Cross, seven years as Senior Executive Assistant and Counselor to the President at Notre Dame, fourteen years as a trustee of Stonehill College, and four years as a regent at the University of Portland.

A native of the Hudson Valley region of New York, Father McDonald graduated from the University of Notre Dame in 1979 with a bachelor’s degree in the Program of Liberal Studies and in Spanish, and began his preparation for the priesthood that same year. He studied at the Institut Catholique in Paris, France, and in 1984 completed his Master of Divinity. He graduated from Cambridge University (Magdalene College) with a Master of Arts in French and Spanish literature in 1987. He continued his studies at the Catholic University of America earning a Juris Doctor (J.D.) degree in 1994.

At the Law School he was associate dean where he managed the operating budget, supervised the Admissions Office, and assisted the University in developing relationships throughout Latin America. He is admitted to the Bar in Indiana.