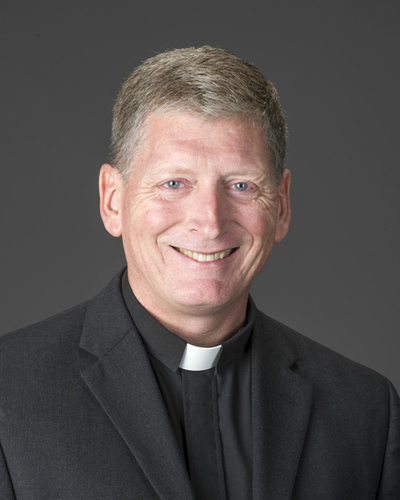 Rev. Russell McDougall, C.S.C., serves as the Rector of the Tantur Ecumenical Institute in Jerusalem.  He received his B.A. and M.Div. from the University of Notre Dame and the S.S.L. from the Pontifical Biblical Institute in Rome.  Ordained a priest of the Congregation of Holy Cross in 1991, he served the Church in East Africa for many years, both as curate of Holy Cross Parish in Nairobi, Kenya, and as academic dean and lecturer in Old Testament at Queen of Apostles Seminary in Jinja, Uganda.  He has also been a Fellow of the Lonergan Institute at Boston College. His academic work has focused on Biblical narratives as works of art that invite those who enter them into an experience, and from that experience to form judgments regarding the artwork’s truth value, judgments that ultimately impact decision. Ecumenical and interfaith relationships have been an important part of Father Russ’ priestly ministry.  He has frequently been a guest preacher in Methodist and Anglican congregations in Rome and Bologna, and has been a collaborator and friend of the Anglican Centre in Rome and of Temple Chayei Shalom in Easton, Massachusetts.