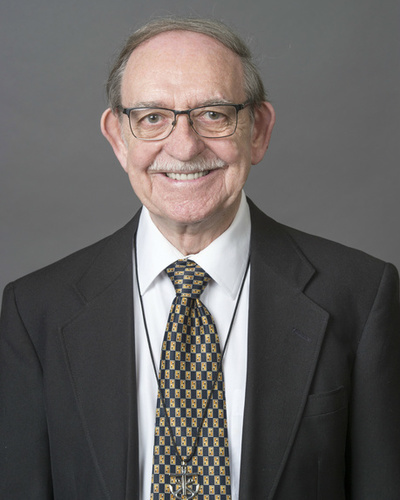 Brother in the U.S. Province of Priests and Brothers of the Congregation of Holy Cross; Past Assistant Superior, Corby Community

Brother Patrick Lynch, C.S.C., most recently served for many years as the Assistant Superior to the Congregation of Holy Cross Corby Community on campus at the University of Notre Dame. He professed final vows as a Brother in the Congregation of Holy Cross in 1964 and spent his early years as a Brother doing cooking, maintenance and general housekeeping chores. He received a Bachelor’s degree in accounting from Sacred Heart University in Bridgeport, Connecticut. He worked at Notre Dame High School in Niles, Illinois, for 33 years teaching accounting and serving in the Business Office. He earned a Master’s degree from Roosevelt University in Chicago, Illinois. He then moved to the Holy Cross Community at Stonehill College in Massachusetts in 2007, and served there as steward and assistant superior. He arrived at the University of Notre Dame in 2011.  Brother Lynch is a native of Dublin, Ireland.