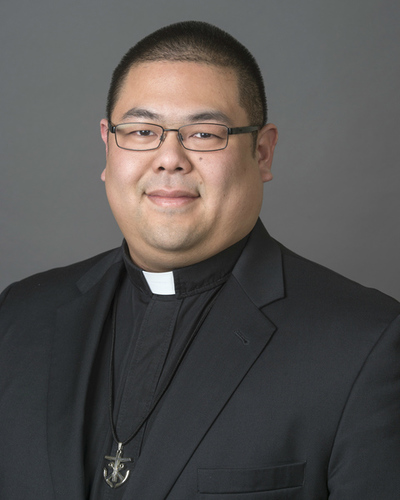 Rev. Brian Ching, C.S.C., currently serves as the Director of Old College Undergraduate Seminary. He is a native of New York City, and graduated from Holy Cross High School, Flushing, NY. Following high school, Father Brian enrolled at the University of Notre Dame and entered Old College his sophomore year. He graduated with a B.A. in Political Science in 2007 and an M.Div. in 2013. He made his Profession of Perpetual Vows in August of 2012 and was ordained a priest at the Basilica of the Sacred Heart in 2013. Following his ordination to the priesthood, Father Brian was assigned as Parochial Vicar at St. Joseph Catholic Church, South Bend, Indiana. He then returned to Old College as Director in June of 2015, and was appointed Rector of the Basilica of the Sacred Heart in July 2018.