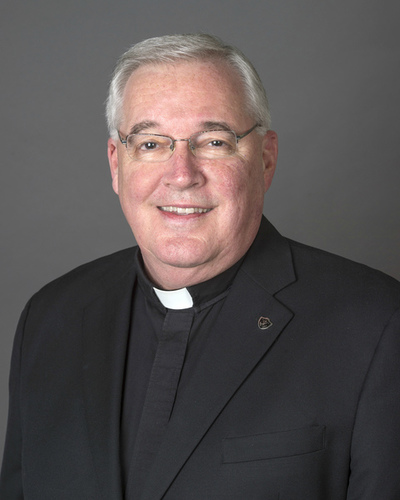 Father Tyson served at the University of Notre Dame in a variety of positions on the staff and faculty during the 1970’s and eighties.  He joined the university faculty after completing graduate studies where he served as an assistant and associate professor in the Department of Management.  During that decade he also served as executive assistant to the University president, Father Theodore Hesburgh, C.S.C., and as Vice President for Student Affairs.

Father David Tyson was awarded an honorary Doctor of Laws degree from Notre Dame for his contributions to the University, the Congregation of Holy Cross, and Catholic higher education.  The University of Portland awarded Father Tyson its highest accolade, the Christus Magister Medal, for outstanding service to the University and Catholic higher education in the United States.  Over these years, he served on a variety of different boards, including Holy Cross College’s Board of Trustees, Notre Dame’s Board of Fellows and Board of Trustees, the Air Force’s Board of Visitors of Air University.  He also received the highest civilian award, the Outstanding Civilian Service Medal, from the Department of the Army in providing guidance and support for military education in the context of a university.