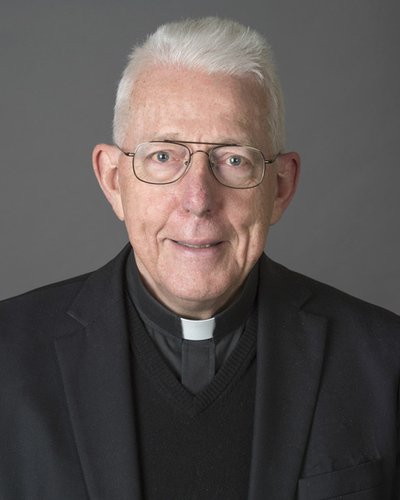 Rev. Edward "Monk" Malloy, C.S.C., completed his 18th and final year as president of the University of Notre Dame on July 1, 2005.  He now serves as President Emeritus.  As the University’s 16th president, Father Malloy was elected by the Board of Trustees in 1986, having served five years as vice president and associate provost.  Father Malloy is a full professor in the Department of Theology and has been a member of the faculty since 1974.  As President Emeritus, he continues to teach, conducting a seminar for first-year undergraduates each semester, and he makes his home in Sorin Hall, a student residence on campus.