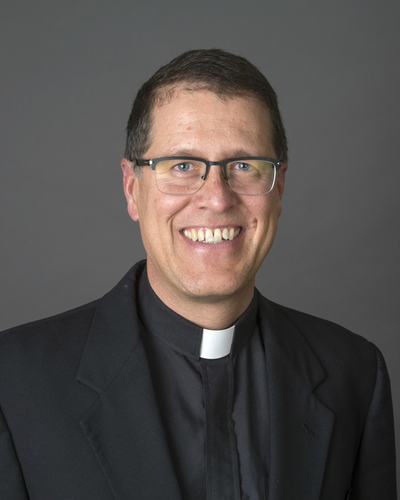 Rev. Paul Kollman, C.S.C., is associate professor of theology and former executive director of the Center for Social Concerns at Notre Dame.  Father Kollman has been on the faculty at Notre Dame in the Department of Theology since 2001.  He has also taught at the Queen of Apostles Philosophy Seminary in Jinja, Uganda; Catholic Theological Union in Chicago; and Tangaza College in Nairobi, Kenya.  His scholarship focuses on African Christianity, mission history, and world Christianity, and he has carried out research in Africa and in archives around the world.  Father Kollman earned his PhD from the University of Chicago Divinity School (2001), and a BA and MDiv from Notre Dame (1984, 1990).  He is the author of The Evangelization of Slaves and Catholic Origins in Eastern Africa, co-author of Understanding World Christianity: Eastern Africa, and numerous other publications in professional journals.  He has served as president of the American Society of Missiology and is currently president of the International Association of Mission Studies.  Father Kollman is also a fellow of the Kellogg, Kroc, Nanovic, and Ansari Institutes at Notre Dame.  A native of Cincinnati, Ohio, Father Kollman currently lives in O’Neill Hall at Notre Dame.