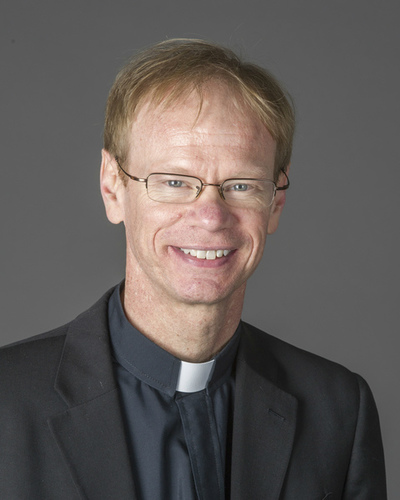 He oversees the DeBartolo Performing Arts Center, iNDustry Labs, the Institute for Educational Initiatives, the Lucy Family Institute for Data & Society, the McGrath Institute for Church Life, the Notre Dame Technology Ethics Center, the Office of Military and Veterans Affairs, the ROTC programs, and the Snite Museum of Art. He also directs the approval and review process of institutes and centers more generally.

In addition to his role in the provost’s office, Father Dowd serves as a Fellow and Trustee of the University and religious superior of the Holy Cross Community at Notre Dame. He was previously an assistant provost for internationalization with Notre Dame International, where his primary responsibilities included leadership of the Dublin Global Gateway, Kylemore Abbey Global Centre, and the São Paulo Global Center along with planning for future engagement with Africa.

The author of the book Christianity, Islam, and Liberal Democracy: Lessons from sub-Saharan Africa, Father Dowd focuses his research on African politics, ethnic politics, and the relationship between religion, political institutions, national identity, and human development. His current research explores religion and the integration of migrants/refugees in Europe and North America and the effects of faith-based schools on citizenship and civic engagement in Africa.

A Notre Dame alum, Father Dowd earned an M.Div. from the Jesuit School of Theology at Berkeley and was ordained a Holy Cross priest in 1994. He holds an M.A. and Ph.D. in political science from UCLA.