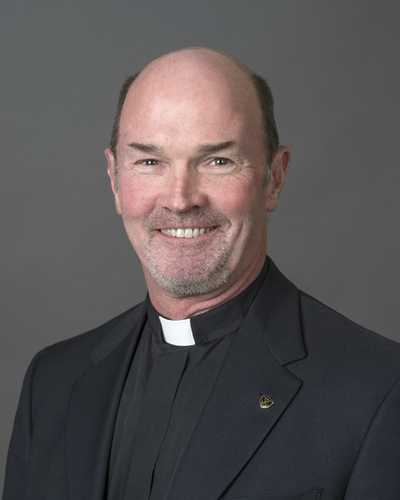 Rev. Robert Loughery, C.S.C., is currently serving as the rector of Sorin Hall at the University of Notre Dame.  Before moving to Notre Dame in 2010, he served as pastor of the Downtown Chapel Roman Catholic Parish (now St. Andre Bessette Parish) in Portland, Oregon, involved in urban ministry to the poor.  In addition to parish work, his other pastoral experiences include campus ministry; serving as director of the former Andre House homeless shelter in Oakland, California; and co-facilitator for the Holy Cross Associates program.  Father Bob is a 1979 graduate of Notre Dame with a degree in architecture.  He received his M.Div. from the University in 1988 and he was ordained as a Holy Cross priest in 1989.