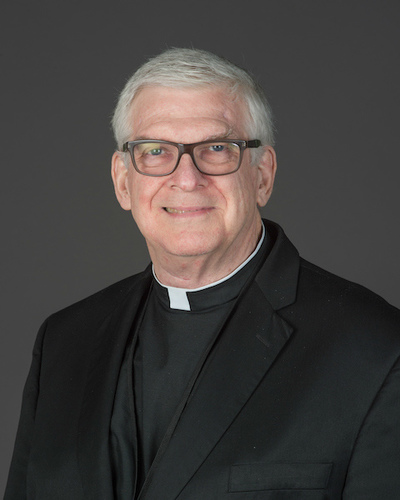 Rev. Steve Newton, C.S.C., currently serves as a member of the Campus Ministry team at St. Mary’s College, having done similar work at the University of Notre Dame and the University of Illinois at Chicago in the past. He is a priest-in-residence at Flaherty Hall on campus at Notre Dame. Father Newton has been associated with the University of Notre Dame and the Congregation of Holy Cross on and off since 1961, his freshman year of high school.  After graduating from the University, he taught for three years at the congregation’s high school in Niles, IL.  He is presently a member of the leadership team of the Association of US Catholic Priests.  Father Newton has been involved in other ministries including helping start programs for poor and homeless persons, including those with alcohol and drug addictions.  He was the first director of South Bend’s Center for the Homeless.  He also served as Rector of Sorin Hall for 11 years and was in parish ministry for six years.