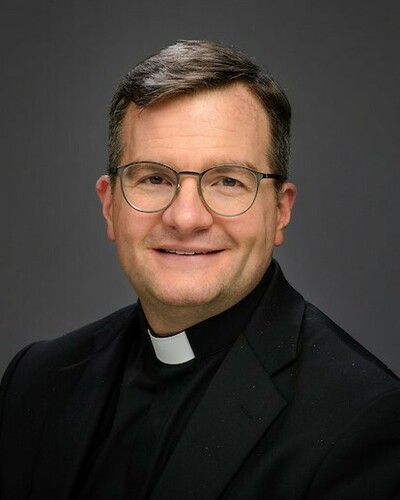 Rev. William Dailey, C.S.C., is a member of the Congregation of Holy Cross and currently serves as the Rector of Pangborn Hall, where he moved in as a freshman at Notre Dame in 1990, and where he is working on a book on Faith & Reason.  Father Dailey previously served as the Founding Director of the Notre Dame-Newman Centre for Faith & Reason in Dublin Ireland, and prior to that taught in Notre Dame Law School as a Lecturer in Law.  Father Dailey earned his B.A. in Philosophy summa cum laude from the University of Notre Dame, where his thesis on Charles Sanders Pierce was honored as the Most Outstanding Senior Honors Thesis.  After teaching Philosophy and working in Administration at the University of Portland, Father Dailey attended Columbia Law School, where he was a Harlan Fiske Stone Scholar.  He served as a law clerk to Judge Diarmuid F. O’Scannlain of the United States Court of Appeals for the Ninth Circuit, and then practiced law in Washington, D.C., with Wiley Rein LLP.  Fr. Dailey also serves as the Thomas More Fellow of the de Nicola Center for Ethics and Culture at the University of Notre Dame.