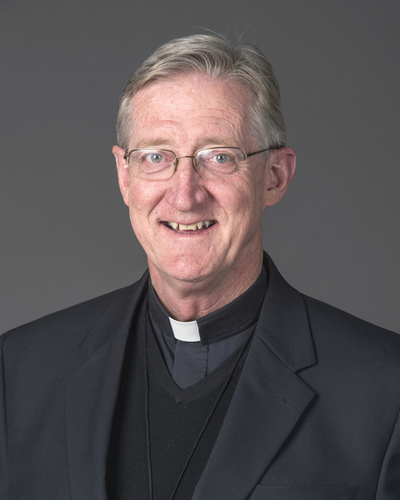 Rev. Wilson "Bill" Miscamble, C.S.C., is a priest in the Congregation of Holy Cross. He joined the permanent faculty of the History Department at Notre Dame in 1988. The Australian native was educated at the University of Queensland and at the University of Notre Dame. He received his doctoral degree in 1980, and then served for two years as North American analyst in the Office of National Assessments, Department of Prime Minister and Cabinet, Canberra, Australia. In the History Department he teaches at all levels from first year courses to doctoral seminars. He chaired the History Department from 1993 to 1998. In addition to his responsibilities on the history faculty, he has served (2000-04) as Rector and Superior of Moreau Seminary, the principal formation site for the Congregation of Holy Cross in North America. Father Miscamble’s primary research interests are American foreign policy since World War II and the role of Catholics in 20th century U.S. foreign relations and public life. His book entitled George F. Kennan and the Making of American Foreign Policy, 1947-1950 was published in 1992 by Princeton University Press and received the Harry S. Truman Book Award. His 2007 book From Roosevelt to Truman: Potsdam, Hiroshima and the Cold War was published by Cambridge University Press and it received the Harry S. Truman Book Award in 2008. He published The Most Controversial Decision: Truman, the Atomic Bombs and the Defeat of Japan in 2011. His biography of Father Theodore Hesburgh, entitled American Priest: The Ambitious Life and Conflicted Legacy of Notre Dame's Father Ted Hesburgh, was published in 2019.